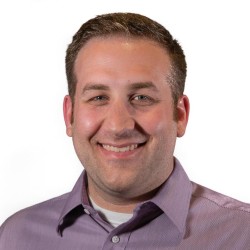 Near the end of 2018, I was working on a project in which we had to generate ssh keys dynamically in code to be used in connecting to a number of remote servers. At some point, this stopped working and it was hard to figure out why. The public and private keys were being created, stored, and used in the right places, however, we constantly saw Permission denied (publickey) showing up in our logs. It was perplexing what had worked fine for months seemingly randomly stopped working. But in the world of software engineering, nothing is ever random.

Like any good software engineering team, we tried to break down the issue to pinpoint the problem spot.

As we took a closer look and started breaking down our assumptions, we noticed a very important detail. The keys that had worked in the past all had began with:

...but our new keys all began with:

We came to find out that the default format for ssh-keygen (OpenSSH) had recently changed to something proprietary and was no longer compatible with a library we were using to connect to remote servers. The "key" for us to get an ssh key that worked with our solution, was to use the, now legacy, PEM (Privacy Enhanced Mail) format. Here is the command to do it:

ssh-keygen(1): write OpenSSH format private keys by default instead of using OpenSSL's PEM format. The OpenSSH format, supported in OpenSSH releases since 2014 and described in the PROTOCOL.key file in the source distribution, offers substantially better protection against offline password guessing and supports key comments in private keys. If necessary, it is possible to write old PEM-style keys by adding "-m PEM" to ssh-keygen's arguments when generating or updating a key.

Food for thought: this is where integration and end-to-end testing provides a lot of value. Upgrading versions of operating systems, dependencies, etc. might not show immediate side effects with day-to-day work or unit tests. Testing the whole system, in detail, would have yielded this problem earlier and helped us pinpoint "what changed" without as much digging.

Stay up to date! Get all the latest & greatest posts delivered straight to your inbox
No results found
↑ ↓ Navigate up/down
Enter Go to article
/ Search new term
Esc Close search
You've successfully subscribed to Technically Paying It Forward
Great! Next, complete checkout for full access to Technically Paying It Forward
Welcome back! You've successfully signed in
Success! Your account is fully activated, you now have access to all content.